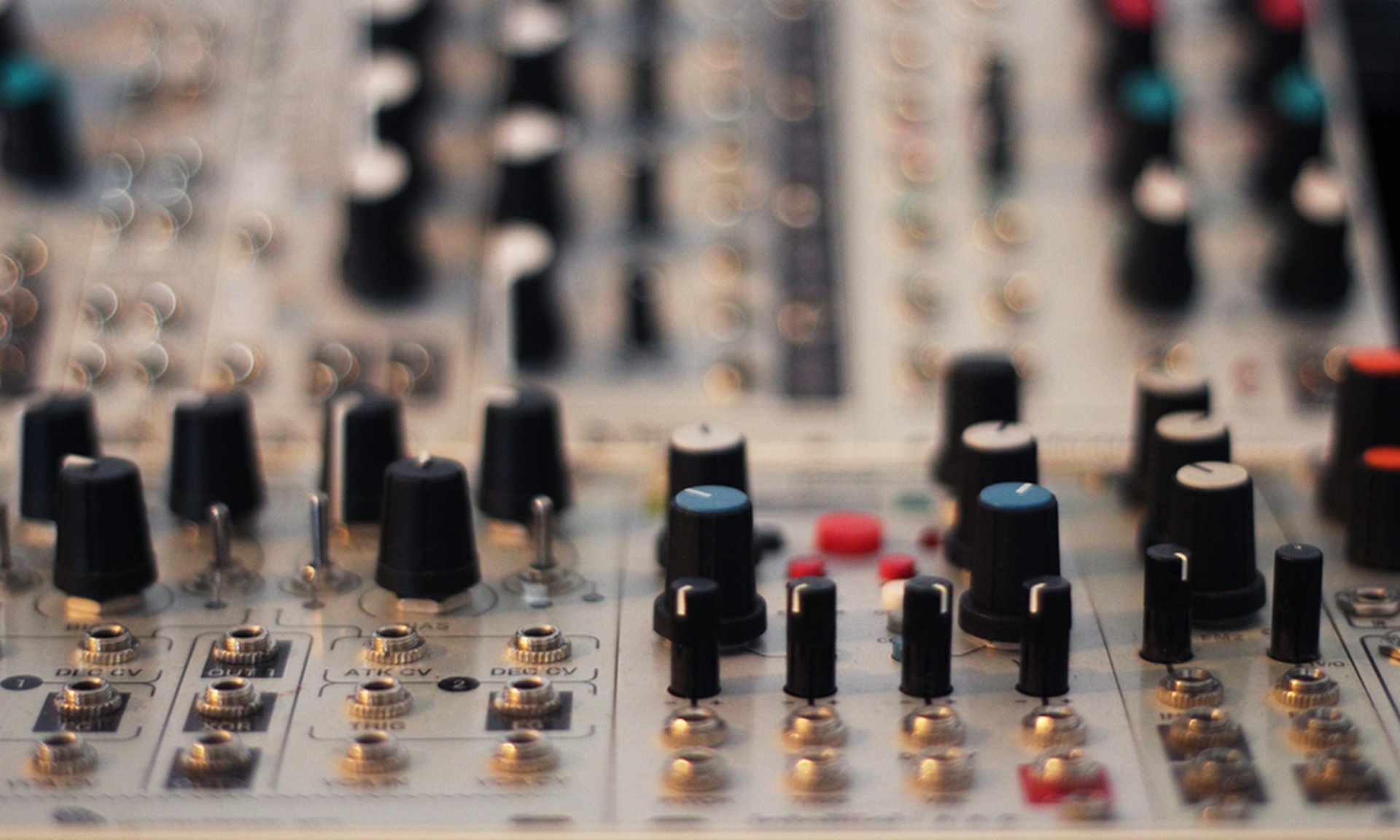 An Interview with London Modular

With clientele including Aphex Twin, Radiohead and Floating Points; London Modular is an audio gear treasure trove tucked away inside Hackney Wick's Vinyl Pump record store. Founded by Simon Lynch and Phil Ventre in 2013, London Modular specializes in selling modular gear and teaching courses in London's only dedicated modular showroom. We sat down with Phil Ventre to talk about the showroom and the future of the increasingly popular synthesis.

Q. What’s the story behind London Modular? How did yourself and Simon [Lynch], come about founding the showroom?

I met Gavin (one of the original owners) through Soundcloud initially. We were both making electro and posting tracks on there. Being typical gear nerds, the conversation turned to modular which Gavin had been using for a number of years. I wasn’t using anything like this, but when I finally met him and had a play on his system was instantly hooked. Simon was living in Hackney Wick and had been posting on the Muff Wiggler forum to see if anybody nearby wanted a modular jam. Still being pretty new to it i was keen so went down with Gav a good few times. It was all very informal, but we got to talking about the lack of physical stores to demo this gear. A few months later we were set up with a small area inside Vinyl Pimp record store. This has grown into the area we have now.

Q. We’ve recently seen a huge resurgence in analogue synthesis and modular hardware in a time where digital mediums are cheaper and easier to access than ever. Why do you think this is the case?

Definitely our experience has been that most people making music hold down a regular 9-5 during the day. They get in from spending all day in front of a screen so they’d rather not sit in front of another screen to make music… Having something tangible that you can physically interact with is such a pleasant way to make music. It's far more appealing than using a mouse. The leads and knobs make everything more like a living thing.

Q. In terms of designing modules, what do you think are the current limitations? For instance, the Eurorack modules. Is there anything that’s hard to achieve with them, or are the possibilities truly endless?

Vast modular systems are hugely expensive and take up a lot of real estate. These would be the only real limitations. Everything is possible to achieve, but you have to consider that a modular system may not be the most feasible way to approach it. For example, complex chords would require multiple VCOs, envelopes, VCAs, filter etc. It’s clear that there are better tools to get these results.

Q. Do you still have the Buchla that once belonged to Massive Attack? How did it originally come into your hands?

Sadly, I had to sell the Skylab. They got in touch with us and asked if we could put some feelers out to our customers to see if any of them would be interested in taking it. I think it just wasn’t getting much use in their studio anymore. It was one of the last batch built while Don was still alive. Even second hand these systems are wildly expensive so it wasn’t much of a surprise that we didn’t have any bites at the time.

I’d been using it a bit in our store and the sound was spectacular so after a month or 2, I scraped together the money myself. I had it for a couple of years and have to say really do miss it, but the funds were put to good use - I pretty much kitted out an entirely new, treated studio with the proceeds. I still have the 251e, the rest I sold to Sam Shepherd (Floating Points) so it’s in good hands!

Q. For those who are interested in getting in to modular, what do you see as the quintessential beginner's rack? Conversely, what’s your favourite module and what purpose does it fulfil?

This is an almost impossible question to answer because it has so many variables. When customers ask where to begin we sit down with them for a chat about what they want to get from it, how they currently make music, what their style is, how they use their DAW and so on. All of these questions, and more, would influence the decision and help steer us to a system that ultimately works for them. It’s quite subjective of course, and very specifically tailored to the need of the individual.

I wouldn’t say I have a favourite although any new module could be a current favourite because it allows you to do something you couldn’t previously. Personally, I like simple things that make my life easy. Utilities can open up a patch in so many interesting ways, clock dividers, trigger delays, sequential switches. They may not be as sexy as a nice new wavetable VCO but they do their jobs well without any fuss.

Q. I know you have your own studio in North West London. What kind of music, do you write/ produce? Do you have any projects in the works?

I mostly write electro and find the modular lends itself really well to weirdo sequences, basslines and stuff. I was big into the 90s rave and Jungle scene, then worked in a record shop during the UK garage explosion so I do produce these styles too. Most of this is sitting on hard drives though, I doubt I’ll pluck up the courage to send it out to labels! As London Modular Alliance we have 3 planned releases for the early part of 2012 and an album in the works which is about 3/4 finished. Having live gigs does disrupt the flow a bit, but we’re nearly there…

Q. Where can we hear your music?

My solo bits don’t get much love these days as I’m pretty flat out with London Modular Alliance but here are some links:

Q. I’m interested to know what your initial thoughts on Zone were. Have you created any patches within it yet? Are there any presets that you have been using within your own work?

I’ve used Zone a good bit recently and have been impressed by the overall sound and wavetables. It does sound very analogy without a massive CPU hit. As a modular user, having plenty of CV inputs is possibly a luxury that I’ve grown to take for granted. Soft synths so often fall flat in this regard so it’s nice to see Zone really pushing the modulation options with the lanes and macros. Overall, it’s easy to use, so yes, I’ve created some fun little quirky patches.

Q. I visited your showroom last year, and my friend and yourself had a discussion about the interest of modular within the industry, and how it was there, but at the time, it was not an incredibly lucrative endeavor. Now, many hardware and software manufacturers seem to be dipping their toes into the modular “niche”. What do you see as the future of modular, and alongside this, where do you see the future of London Modular going? Will you be expanding the showroom anytime soon?

The upsurge in modular is interesting. For newcomers, I can imagine it’s quite frustrating. On the one hand, the wealth of choice is great but also overwhelming. For seasoned users, they’ll no doubt see their scene becoming a bit mainstream and less niche. Personally I like the fact that companies are pushing each other and raising the bar, but it does feel that the market has become overly saturated with too much choice. We’ve discussed at length reducing the number of brands we stock to focus more on others. From our perspective, being a physical store, we can see a natural selection happening where the sub-par products just get vetted out so it makes it easier to drop brands or products this way. We can’t really be recommending stuff that’s not up to scratch…

As for the future, we do have plans to expand. We’ve been saying this for some time now. Our base is in Hackney Wick and we want to remain here, but with the area becoming gentrified, finding a new premises increasingly difficult. We continue to search out spaces and are close to signing a lease on a bigger store in the same area. Hopefully, this happens very soon!