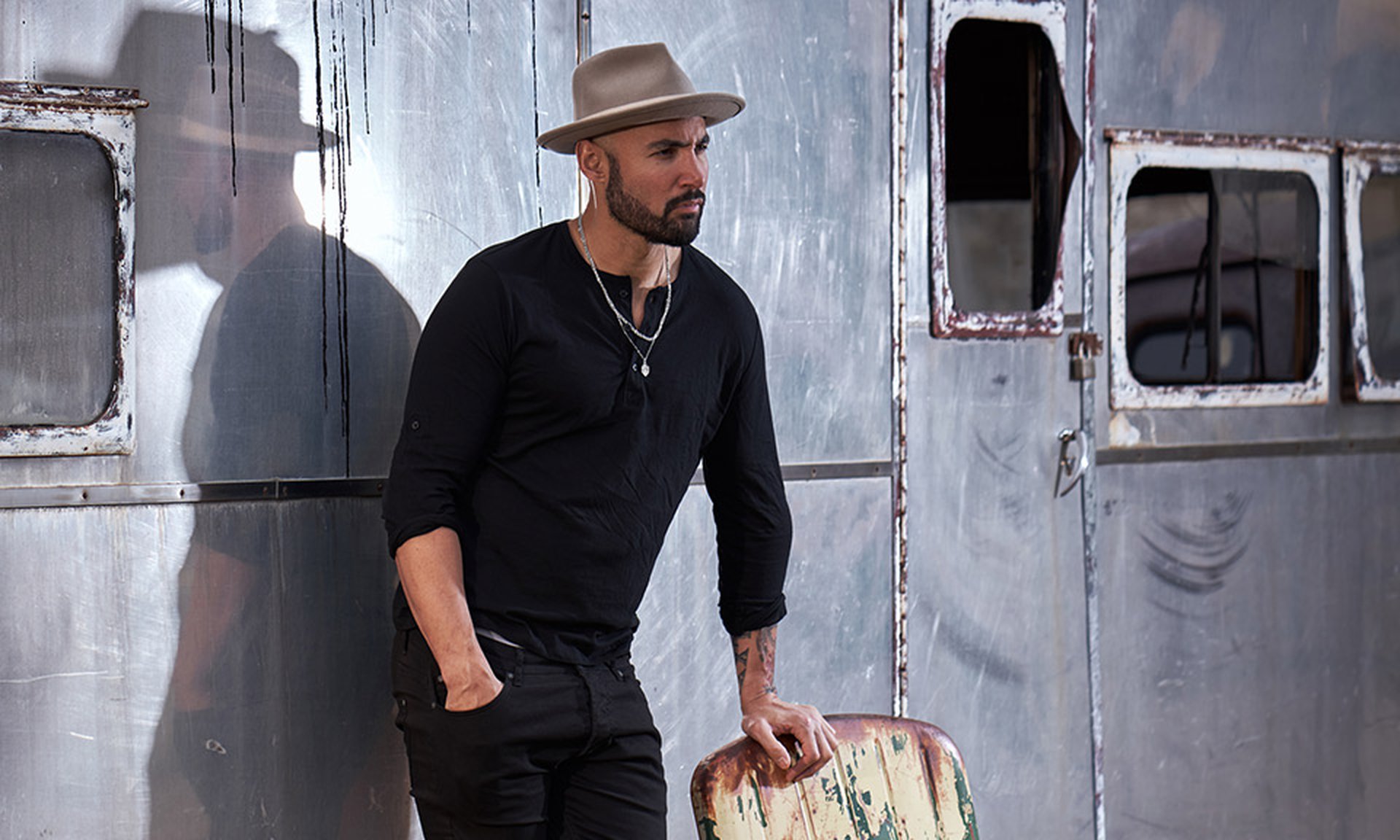 Since releasing the hit track ‘Trouble’ in 2016 with Universal, Offaiah has risen from strength to strength, dominating the club scene across the globe and racking up well over 1 million monthly listeners on Spotify. Originally from East London, this DJ and producer has caught the attention of both fans and industry heavyweights alike, capping off an incredibly eventful 2018 with remixes for Calvin Harris, Sam Smith and Deadmau5. Currently performing around the world, and having just released his 6th track this year, Offaiah sat down with us to chat about his latest track, ‘Love Me’, his upcoming set at Ushuaia, and much more.

Q. Hey Offaiah, thank you for joining us. To start with, in your own words, can you tell us a bit about your background in music and your career to date?

Hey - I’ve been studying music all my life, being the son of a piano teacher, I learned to play the piano from the early age of 4 and went on to take all my grades, picking up a few other instruments along the way, including the trumpet, guitar, and drums. I never thought I’d make a living making music but I fell into it “by mistake”, being friends with a producer and messing around in his studio we made a track together which ended went on to be a top 40 hit in the UK and I never looked back since. I’ve been making music under different aliases since 1999 and started the OFFAIAH project in 2016 with “Trouble” which went on to be a big club and radio hit.

Q. Your new track ‘Love Me’, was just released [Friday, the 14th June] on Sonny Fodera’s Solotoko label. The track was described by Datatransmission as; “a captivating, 90s infused vocal that weaves amongst melodic chords and a surging bassline.” Can you tell us a little bit about your inspiration behind the song?

That was a good description as I was going for a nostalgic number with that 90’s feel to it. It was a case of working on the vocal, getting the phrasing so it sounded just right then getting the chords and keys to work with it - I was very happy with it.

Q. You’re supporting Calvin Harris next month at Sundance and also during his residency in Ibiza at Ushuaia in August. Can you tell us anything about what you have in store for your sets? Will these be true to the Offaiah brand, or do you have some surprises hidden up your sleeve?

I’ve been working on a lot of new material of late, some new originals and some remixes, one for Armin Van Buuren and one for Robin Schulz to name but a few and I’m looking to show-case these mixes at these events, along with a few cheeky samples and vocals I have ready to keep people on their toes.

Q. What else can we expect to see from you in the coming months? Do you have any tracks on the horizon?

Yep! I have a brand new release due to come out on Subjekt on July 26th called “What I Grew Up On”, which is a collaboration with my up and coming “protégé” BACATME. The track has a really cool infectious baseline so very interested to see what people think of it. Plus I have some other tracks due out later on in the year but you’ll have to stay tuned to hear about those :)

Q. Do you plan to continue doing tutorials on YouTube, similar to the ‘Trouble’ video that you did? I’m curious to know what are your thoughts on online tutorials in general. Do you think that they’re the way forward for young musicians as opposed to traditional lessons? Have they helped you grow as an artist at all?

I will try to do some more tutorials, to be honest, I love doing them - it's just finding the time to do them. I think they are very important to anyone trying to learn their way around the studio as you can literally find anything you want to learn about. I personally prefer this way of learning as you can learn at your own rate, usually for free and can find exactly what you’re looking for. I will say that it does help if you have someone you can call on to get specific advice on improving your sound or workflow.

Q. In terms of your music set up, can you talk us through your key pieces of gear that you’re using at the moment?

90% of all my music is made “in the box” using my MacBook Pro - I have it going through a Universal Audio Apollo X16 interface and speaker-wise I’m using a traditional pair of Yamaha NS10’s and also a pair of Genelec 8040b’s and 7070A Subwoofer. I have some outboard synths including the Virus B which I bought 20 years ago and still think it sounds cool today.

Q. Do you prefer to work ‘in the box’? Or are you a true gearhead at heart?

Personally, I prefer in the box as you can do so much in there and it's so easy to save and recall projects, not to mention being able to work whilst on the road which happens more and more lately. Having said that I do love to use outboard synths as its nice to have that tactile interaction.

Q. There is no one “right” way to write a new song, but I’m interested to understand your process when writing a new song. Are you a technical composer with a formulaic approach, or do you lean towards a more instinctive method?

This is a good question as there is no right way - however I tend to start off most productions working on the bottom-end, being the kick and bass, trying to get something interesting going on and work my way up. Every so often I’ll throw that method out the window and just hunt around for a cool melody, riff or sound and produce the rest of the song around that - so really there are no rules as such, I just like to work in a way that seems to feel right at the time.

Q. Do you approach your remixes in the same way?

Remixes are usually started by laying down the part of the song that stands out to me the most, whether that be the vocal or riff and then working the rest of the production around that.

Q. A lot of artists that we talk to have a specific sample or production technique that they like to incorporate subtly across their works. What’s your “Wilhelm Scream” of sounds/techniques? Do have a consistent sound or sample that you like to slip consistently into different tracks?

There are some sounds which I like to use a lot, mostly in the effects, if you listen carefully you may be able to work out what they are ;).

Q. You recently got your hands on Zone, can you tell us your thoughts on it so far? How do you think it will fit into your workflow?

Zone is a really cool synth and has really unique methods of manipulating sounds you’re working on, it has a huge amount of really cool presets which have really helped to kick-start new productions and spark new ideas - there’s a ton of waveforms to work with so creating new and interesting sounds becomes really easy all of a sudden. I feel Zone will be a big part of my workflow moving forward.

Q. Do you have any favorite presets? Or do you prefer to make your own?

There are so many cool presets like Principle Pleasure, Sci-Fi Brass and Silky Chords, but ultimately I love to play around with and tweak presets to create my own unique sounds.

Q. And finally, what’s one piece of advice that you wish you were given when you started out in the [Music] Industry?

Don’t try to copy or be anyone else, always be your own unique self and with hard work and determination, you will go on to shine.

Listen to ‘Love Me’ now on Spotify and all major streaming services. For all the latest news on Offaiah, follow him on Twitter, Instagram, or visit his Soundcloud page.