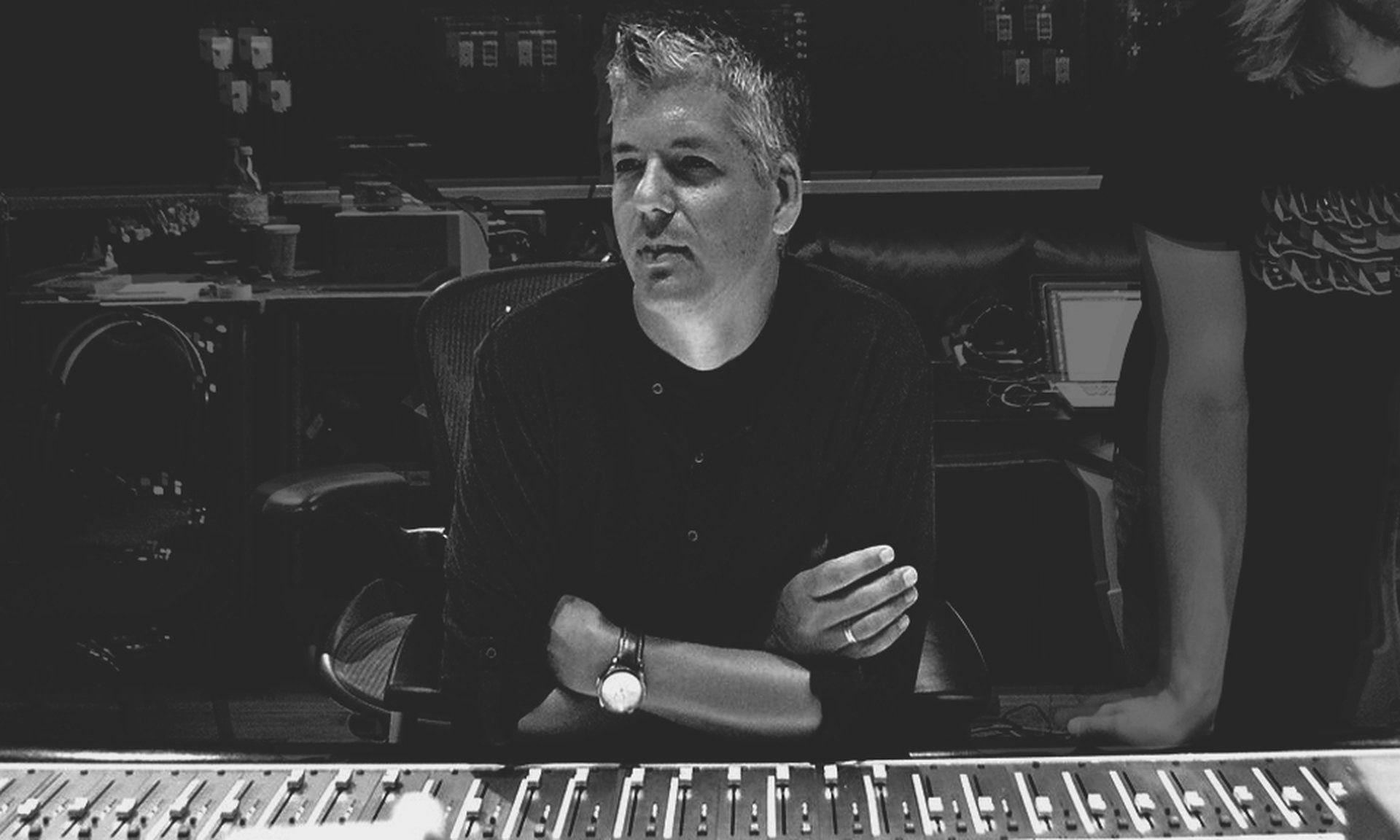 An Interview with Michael 'Smidi' Smith

Los Angeles based Michael “Smidi” Smith is a multi Emmy award-winning composer, producer, songwriter, and engineer. With an enviable resume of past projects, including 3 top 10 albums, and writing/producing songs that have sold over 14 million copies worldwide, it’s no surprise that Smidi has worked with industry heavyweights such as Giorgio Moroder, Sia, Britney Spears, Ke$ha, and Coldplay. We sat down with Smidi to chat about his career, his approach to music, and how he’s been implementing Zone into his latest projects.

Q. Hi Smidi, thanks so much for joining us today. Can you tell us a little about your early career as a music producer? I’m interested to know about your roots, did you originally come from an instrumental background or an audio engineering background?  How did this evolve into you programming synths?

I started producing music late in college. I was a Classical and Jazz Piano Performance Major and my school had recently started an audio engineering program. I was in one of the first classes and dove in right away learning the console and synching to DP.  My synth programming path was a gradual one, starting with modifying presets in Massive and Serum, then getting the modular synth bug a couple of years ago.

Q. What were some of your early successes as a producer?  Can you recall any particular “break-out” moments?

Right out of college I played in a couple of bands with people who ended up becoming pretty famous. Ben Folds and Keith Urban in particular. Connections through those relationships led to my first publishing deal with SonyATV. I had a Pussycat Dolls cut that I co-produced with Ron Fair, which was pretty significant for me. I produced several albums for Tyrone Wells early on, great guy and a great artist. Working with Tim Myers on Tyrone’s Universal Republic Remain album was a blast. Other big breaks were the Sia “Deja Vu” single, my Coldplay “Midnight” Remix with Giorgio Moroder and my Exile Tribe “Burning Up” J-Pop single. The Japanese market is awesome. Great place for electronic music. Last year, I started a record label with TJ Stafford called Saint Rogue Records. One of the bands that we write and produce for, The Rigs, just finished a song with REZZ called “Lonely”.

Q. How did you get into composition for film/tv? How does scoring a piece differentiate from making records for you? Did you find the transition challenging at first?

My work in film and TV is still very much like my album work. I primarily write and produce songs for sync. I don’t do any underscore. My label, Saint Rogue was born out of a successful film and TV song licenses. Those syncs paid for our startup. Now we have an actual roster of artists

Q. I’m interested to know if you have any mentors?  Have you worked with anyone that helped to reshape your thinking or approach to producing, songwriting, or engineering?

Dave Pensado. Dave mixed most of the early label projects that I produced. I have more respect for him than just about anyone else in the music industry, he is genuinely a great and caring guy. I learned so much just sitting next to him for those mixes.

Q. You’ve produced and written with an impressive list of artists.  Does your process change depending on who you are working with? Can you give us examples of the ways in which collaboration has changed the way that you work?

Absolutely. For some artists, I will complete a bunch of track ideas before we write and then at the beginning of the session, we will sort through them and see if one of them sparks inspiration. With others, it's just a guitar or piano and vocal. Collaborating on the song first, then put down a rough take and I’ll do all of my crazy production experimentation on my own. It all really depends on the co-writer. I also love just being the producer for certain projects. Knowing that I need to help someone find their sound. It is a great privilege.

Q. Can you describe your approach to sound design when you’re producing?

I think that sound design is extremely important and I wish that I was better at it. Productions need to sound unique and creative. I will put a rough idea down with sounds that I am familiar with, then come back and really try to create something sonically unique for each part. Sometimes that is modifying a preset with a synth, sometimes it is layering some weird sounds in a track as percussion elements.

Q. Do you own and use any hardware synths?  If so, how do these fit into your workflow differently than soft synths?  If you prefer to exclusively use software, why have you chosen to stay in the box for your synthesis needs?

I have a modular system that I love. Intellijel Dixie 2+, Rubicon2, Mutable Interments Plaits, AJH Ring SM, Maths and a bunch of VCAs, Delays and an octocontroller. I love my Teenage Engineering OP-1, also have a couple of their pocket operators that are pretty fun. I have owned a Juno 103 and a Juno 106 but I sold them years ago. (Sadly!)

Q. You recently got your hands on our VST synth, Zone.  Can you share your thoughts on it so far? Where and how do you see Audiaire plugins fitting into, or changing your workflow?

I’m using Zone on an album for our new artist KADE. I really like the bottom end overall as I’ve been reaching for it for basses and some wide, low synths. I also like the gates - really flexible, I’m just starting to dig in here. I am a sucker for synths with fat low to mid awesomeness. I’m really impressed with Zone sonically and it’s also very easy to use. As of now, I have been mostly modifying presets, but I am starting to dig into sequencing lanes.

Q. Have you discovered any favourite presets yet?  Or do you mostly enjoy designing your own patches? Have any of these sounds ended up on tracks that you worked on recently?

I just used a slightly modified version of “Bumblebee Drone” on a track. Love the portamento on that one. Great low end as well. I also love “A Classic Arp” from the Cinematic Expression set. “Ladder Bell” from the same set is great as well. Nice Macros on this one. That FX in the Techno set are dope. Some great stuff there. I’ve only had Zone for a short time. I am sure that new favorites will replace these. I am just starting to dive a bit deeper into the sequencer. Seems like an incredibly powerful part of this synth.

Q. Do you think you have a “signature sound?”  How would you tell someone else to identify a Smidi track?  The sound of the drums? Or maybe the low end? Do you have a particular sample, patch, or element that ends up on almost every track?

I don’t have a signature sound. I have had kind of a strange career as a producer. I think that my signature “thing” is to find an artist’s sound and hopefully provide an environment for that artist to thrive while we are creating their project. I’ve been lucky enough to have my songs and productions chart in a bunch of different genres.

Yes. Use your ears! A lot of young producers will ask “what is the right setting or sound for blank”. the answer is whatever sounds best. I mean, there are some basics to compression, gain structure, eq, etc. But when you are creating, be fearless and experiment constantly. Fail fast and often.

We had a great last few weeks. I co-founded an indie label with my long time collaborator, TJ Stafford. Our band, The Rigs has a single with REZZ called “Lonely”. We just watched her perform our song at The Greek here in LA to a sold-out crowd. It was insane. Out artist, KADE will release her solo album later this quarter. Really interesting dark electronic project. Right behind that we will have a songwriter project where we recorded the entire album with piano and a 70 piece orchestra. We also recently signed 5onnikk, an up and coming electronic producer and artist. His album is in the final stages right now as well. A couple of other things in the pipeline that will be later in 2020.